The Narrow Gate Part 3: The Broad Road And The Narrow 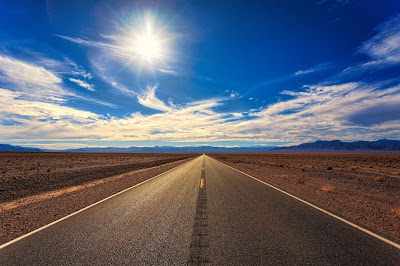 And there is one final point I'd like you to consider. That road, that narrow road that leads to life that only a few find?  That's the journey of a lifetime.  Although Christians live in this world, it's not our culture that defines how we should live--we live according to God's plan for us.  We live according to God's Word.  And that's a challenging path because it puts us at odds with the declining values of our society.

I'm very often accused of being political in my views--actually I'm not.  Some of my values would put me in one political party, and some of my values would be attributed to the other party.  I haven't always voted for the same party, because the values of the secular world "evolve" and the platforms of political parties change over time, but my values haven't.  What I believe doesn't change because my values aren't political, they're Biblical.  If I'm asked why I feel a certain way about a subject, it's unlikely I'm going to point to a political platform--I'm more likely going to point to a book and verse.

It's so much easier to go along and get along, but that's the broad road. And although it's easier, it's also unsatisfying.  It's empty.  It's devoid of meaning.  The narrow path is harsh, and difficult, and fraught with challenges . . . but the reward is great.