Who Is Waiting On Who? 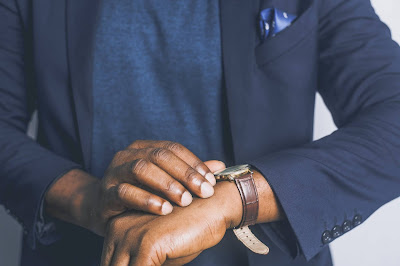 When I was beginning my career, I was anxious for a promotion.  An opportunity had opened for a store manager, and I had quickly made my interest known to my supervisor. My supervisor had simply declined to interview me for the job. I disagreed with his decision and we wound up having a long talk about it. He went over all the things a store manager does--there were a lot of things on that list I knew little about.  Scheduling. Inventory. Ordering. Banking.  Daily paperwork. Payroll.  He also pointed out to me the opportunities he had given me to learn about some of these things, which I had declined. He said I wasn't ready for it.

I knew he was right.  I decided then and there I was going to learn everything there was to know about running a store--and I did.  Six months later, that same position opened up again, and I didn't have to ask for an interview.  There was no interview.  The job was mine if I wanted it.  I wound up the top manager in the company.  But if I'd gotten the job when I'd originally wanted it, I would have most certainly failed.  I hadn't done the work, and I wasn't prepared.

I was reminded about this the other day.  It's often said that God answers all prayers--the answer is either yes, no, or WAIT.  I was listening to Charles Stanley on the radio last Sunday, and he asked how we could expect God to answer our petitions when we haven't dealt with the sin in our lives.  Sometimes we feel like we're waiting on God to act when we haven't done the work.  We're asking for things we're not prepared for.  Or we're asking for that promotion before we've dealt with those things in our life that we need to deal with in order to be prepared for the blessing.  God gave us free will, and sometimes we have to understand that it's us that's standing in our own way.

Jesus said in John 15:7, "If you abide in me, and my words abide in you, ask whatever you wish, and it will be done for you."  Did you catch the "IF"?  There's a condition in there.  We have to live according to God's word, we have to have strong faith, ask forgiveness when we're wrong, and work every day to abide in Jesus.

Often when we get impatient and feel like we're waiting for God to act--actually, it may be God that is waiting on us to act.