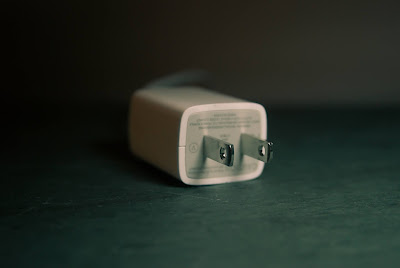 "And the world is passing away along with its desires, but whoever does the will of God abides forever."

I think about it at least once a week these days.  Pulling the plug on social media.  My finger has hovered over that delete button a number of times, and I just haven't been able to pull the plug yet.

When social media began it was great fun to reconnect with old friends I hadn't seen in a long time.  Share funny stories from long ago.  Catch up with what my friend and family were doing, and follow them as they lived their lives.  I even connected in person with a few old friends I found online and we were able to get together in person.

But it changed.  I've lost friends because of social media.  It's become divisive.  It's become political--everything has become political!  I like politics.  I've followed it for decades.  It goes right along with my other great interest which is American history.  We used to be able to discuss politics without yelling and screaming at each other and ruining friendships--I used to talk politics every morning at the gas station with Democrats and Republicans, and nobody got mad, and nobody stomped out, and nobody called anybody names.  It was about ideas.  It was about finding common ground.  It was about smart leadership and compromise.  We can't do that anymore.  And our political parties, social media and the press are throwing fuel on a hungry fire in America.

And that is the secular world we're living in right now.  That's the world John was talking about.  And I think a lot of Christians think it's getting worse.  I tend to agree.  That's because we've allowed a political world view to replace a Biblical world view.  We no long see each other as neighbors--as brothers and sisters.  We've been grouped and labeled and categorized.  We can't seem to love anybody that has a bumper sticker on their car showing they supported the guy we didn't vote for--that person is just a bad person.  And what box they checked is all we need to know about them to make that determination.  It's sad.  I see it all the time.

We've been used.  We've been had.  As Christians, we have to remember we live in this world, but we are not of the world.  We are part of God's family, and we have to live by His truth.  We have to start living by Christ's example.  We have to stop letting other people tell us how we should feel about every topic and let the Bible and the Lord guide us in what is right.  At some point we're going to have to stand up and defend ourselves and say, "no, that's not what I believe, because that's not what the Bible says."  Right now, we think twice about doing that because we don't want to be cancelled.  Or ridiculed.  Or have to go to human resources and explain the opinion we expressed.  But I'm optimistic.  I'm starting to see that happen.  People of faith are very polite people and very kind, and very loving, but I think they've been pushed about as far as they're going to be pushed, and they're going to start pushing back now.  And the world needs God more than anything else right now.  It's gone completely off the rails.  We need to put God front and center again--in our lives and in our culture.

In the end we're going to have to decide if it's better to be "woke" in a dying world, or saved in the next.