What Is Your Thorn? 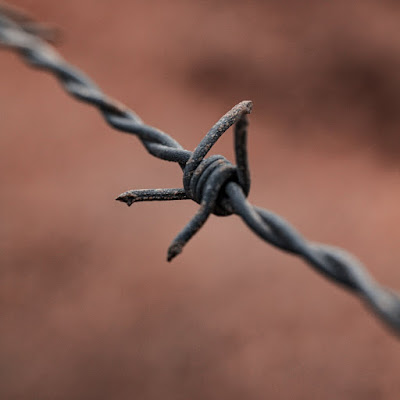 "My grace is sufficient for you, for my power is made perfect in weakness."

Theologians and historians have speculated for two thousand years what the "thorn" in Paul's side was that he talked about in 2 Corinthians 12.  John Calvin believed that thorn was spiritual in nature--the sting of a guilty conscience for falling into doubt or shirking his duties.  Martin Luther thought that thorn was Paul's constant struggles against those who opposed him and tried to undo the work he was doing--God's work.  Some have believed that thorn was sin, or sexual temptation.  Some believe Paul was referring to an actual physical ailment.  There have been many theories about what that physical ailment might have been--chronic headaches, epilepsy, bad eyesight (perhaps a lingering symptom of the blindness he was struck with on the Damascus Road),  or a recurring fever.

The truth is, we really don't know.  We know it was a burden to Paul, and he asked the Lord to remove it three times, and the Lord's answer was "My grace is sufficient for you."  Paul delighted in that weakness because it kept him humble.  He wrote, "That is why, for Christ's sake, I delight in weaknesses, in insults, in hardships, in persecutions, in difficulties.  For when I am weak, then I am strong."

We all have a thorn in our flesh.  You may have been thinking about yours as you've been reading this.  Perhaps it's a physical ailment.  It could be a poor character trait that you've been fighting against for a long time. Or it could be a recurring temptation that threatens to pull you off God's chosen path. Whatever that thorn is in your life, God has given you what you need to overcome it.  He has given you sufficient grace to cope.  Where you are weak, God is strong.

Paul did not allow the thorn in his flesh to become a stumbling block, in fact he boasted about his weakness.  Paul was able to show his weakness, because he didn't care what people thought him to be--only what God knew him to be.  Understanding and accepting his weakness made Paul strong.  And Paul knew that God always converts a weakness to a strength.

What is a weakness in man is always an opportunity for God.