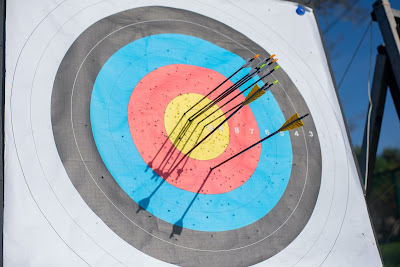 Throughout my entire life, I've dealt with critics and naysayers.  I've been told by others what my limitations are.  I've been told by others what my weaknesses are.  I've had all my mental disorders diagnosed by these same armchair pop psychologists.   These critics have been predicting my spiraling fall into disgrace and destruction for decades and they get increasingly upset when it doesn't happen.  Because they all have one thing in common--they are all completely wrong.

And I just don't stop and waste time trying to convince them of that.  It would be a pointless waste of time because you'll never convince them.

We all deal with people like this.  It doesn't matter how good a person you are, somebody is going to be standing along the sidelines of life rooting for your failure.  I don't know why that is, but it's true.  Of course that says volumes more about the critic than it does the criticized, but dealing with critics is never easy.  Our natural reaction when attacked or criticized is to fight back.  To defend!

We all have a choice in life. We can spend our life defending ourselves, and fighting every little battle that comes along, building up our walls and our defenses and slugging it out day after day against an enemy that is only encouraged by our resistance . . .

Or you can live your life fearlessly.

The problem with having a strong defense against an attacking enemy is that you spend your life in the castle.

Remember what Jesus had to say about it:

“But I say to you who hear, Love your enemies, do good to those who hate you, bless those who curse you, pray for those who abuse you. To one who strikes you on the cheek, offer the other also, and from one who takes away your cloak do not withhold your tunic either.