Living In A "Whataboutism" World 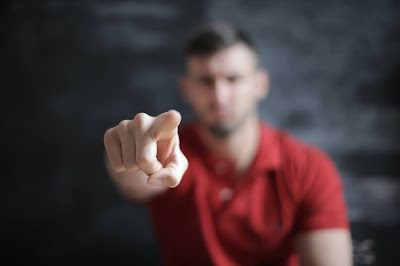 "Whataboutism: a rhetorical devise that involves accusing others of offenses as a way of deflecting attention from one's own deeds."

My daughter got in trouble at school recently.  She broke a rule, she got caught, and the principle talked to her. It wasn't a serious offense, but it was something that the school had been cracking down on, and all the kids knew it.  My daughter was upset about it, but admitted she had broken the rule.  But her defense was that all the other kids were doing the same thing that she was doing, and they didn't get in trouble.

The traditional defense of a child . . . but Billy was doing the same thing and he didn't get in trouble.  And I realized that adults aren't any better.  In fact, this same defense used by grade school age children is used over and over again by our culture.  We don't really care if our behavior is reprehensible so long as we can point to somebody doing the same thing--or even worse.  That seems to make it okay. Our media does it.  Our representatives do it (a lot). Our celebrities do it.  CEOs of major corporations do it.

So what did I tell my daughter?  I told her it didn't matter what everyone else was doing. It's up to us to follow the rules regardless.  We set the standard of our own conduct.

Exactly!  As Christians we deal with this personal responsibility every day.  We have a guide for our lives in the Bible.  We have an example to follow in Christ.  One of the defining features of a Christian is that regardless of what's going on in the fallen world around us, we endeavor to live a Christian life.

We can deflect.  We can point our fingers at others.  We can make excuses.  But in the end, we know right from wrong and it's our responsibility to make those decisions ourselves, and accept the responsibility when we do the wrong thing.  We should BE the example for others, so that instead of a society that tries to be just a little better than the worst we can find, we have a society again that strives to live a life at the highest possible standard.