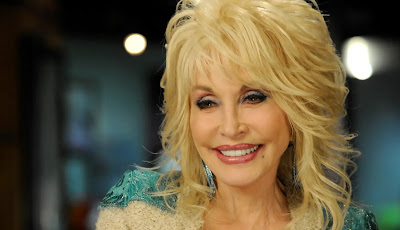 When I first read the story, I thought it was an internet rumor, but as it turns out, Dolly Parton did give one million dollars to research on the COVID vaccine.  The story has been fact-checked, and it's absolutely true.  Her friend, Dr. Naji Abumrad, was researching a COVID vaccine at Vanderbilt (that later became the Moderna vaccine).  She gave the research team a boost with a donation of $1 million.  Dr. Abumrad said, “Without a doubt in my mind, her funding made the research toward the vaccine go 10 times faster than it would be without it."

"I just felt so proud to have been part of that little seed money that will hopefully grow into something great and help to heal this world."

Dolly grew up in dire poverty, and her musical talent made it possible to escape that world, but she's never forgotten the experience of being in need.  She's donated millions over her career to people in need.  She donated $9 million dollars in 2016 to people that lost their homes during the Gatlinburg, Tennessee fires. She launched her Imagination Library to help boost literacy among children.  Since it launched in 1995, she has provided more than 150 million books to more than 1.7 million children in five countries.

Dolly has supported many other causes and funded many other initiatives over her decades long career.  She stands as a very good example to all of us, and although few of us are able to give on a scale that Dolly can, we can certainly contribute to those causes that we believe strongly in.

I just think she's great.  Thank you, Dolly.  You are an inspiration to us all.