The Power Of An Hour! 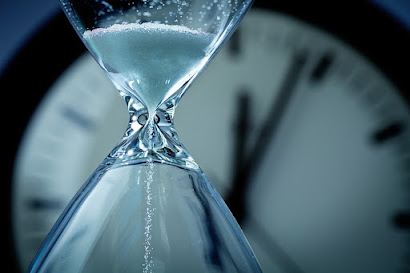 I started my Monday off a little behind.  I was looking down at a long list of items I needed to do because I got off-track last week due to a few issues that had come up.  It's very easy to get overwhelmed when we're looking at a long, long list of things we need to do. It can seem insurmountable at times both in our work life and in our personal life. And sometimes for me, I can waste a lot of time trying to figure out how I'm going to get it all done instead of just doing it. And the other genius move I'll attempt is trying to multitask--trying to do three things at once. For some reason I just haven't seemed to have learned the lesson on the myth of multitasking--over my decades long career I've met dozens of individuals that claim they are masters at multitasking, but only one that actually was.
Instead of fretting over it, wondering how it was going to get it all done, or what the right order was to do it all in, what I did is what I often do. I just jumped in.  I set a timer for an hour and went about seeing how many items I could check off in that hour in the order it was listed. There's nothing more motivating than a task checked off done. And it's remarkable what you can accomplish in one hour when you're focused on the task instead of the list.  In the first hour I knocked off three items, and I set the timer again.  I knocked off one huge item on my list in the second hour--I thought that one was going to take a lot longer and had been putting it off.  I did that twice more, and by lunch my list of unfinished items from the week before was clear.
Sometimes it's just that simple.  Focus on the task that needs to be completed, and not the long list.  Don't waste your time organizing the list, spend your time working on doing the job itself.
~TEC
Life Skills