A Timely Visit From The Past 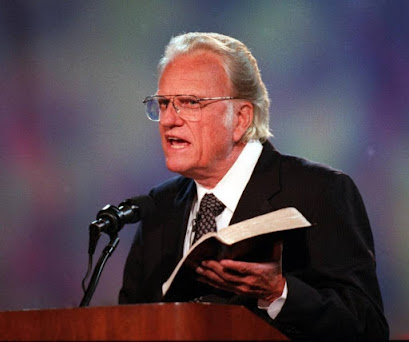 "Therefore I tell you, whatever you ask in prayer, believe that you have received it, and it will be yours."
~Mark 11:24
A couple years ago, I was flipping through the channels and I ran across a Billy Graham revival. I love Billy Graham. Always have. He preaches a powerful message, and when I was very young man I had a chance to go and see him.  It was an amazing experience!
I decided to watch it. It was obviously recorded in the 80s judging from the hairstyles and clothing of the people in the audience. It was in a big stadium, and there were hundreds, probably thousands there to see Billy Graham.  And as I'm watching it, I was thinking I'd seen the program before, because the message was very familiar.
And then something caught my attention, and I was suddenly grabbing for the remote!
When the camera flashed to the crowd, I saw somebody I knew!  I couldn't believe it!  I had to be wrong about that.  I paused it, and ran it back, and sure enough, one of the guys standing along a railing was a guy I went to Army basic training with and later to AITS at Fort Gordon, Georgia. And when he was off-duty and not wearing his Army issued glasses, he wore these giant red rimmed glasses--just slightly smaller than something Elton John would wear.  It could not have been anybody else. I hadn't thought about him in decades--I couldn't even come up with his name.
And as if that wasn't weird enough, I recognized the guy standing next to him also--but not right away. It took a minute.  I hadn't seen him in a long time--at least the younger model. It was me!
That camera landed on us for a couple seconds during an hour long program, and I happened to see it.  Fifty-year-old Todd was looking across thirty years at twenty-year-old Todd. I remember almost nothing about that event at all--other than that's when I formed a very favorable opinion of the Reverend Billy Graham.  I couldn't tell you how we found out about him coming. I couldn't tell you how we got there or got back. I couldn't tell you very much about what he even said all those years ago before seeing it again. But I do remember all those people at the end that went down to the front of the stage where Billy Graham was speaking and received Christ.
Amazing coincidence, huh?
Not really. Things like this have happened throughout my life. I don't believe in coincidences anymore, I see God at work in my life instead and try and understand what that "remarkable coincidence" is trying to communicate to me.
So that's what I did, and the answer was pretty obvious. Fifty year old Todd was making some very difficult decisions when he saw twenty-year-old Todd again, and oddly enough, twenty-year-old Todd was making the exact same decisions about the exact same thing at the time. Both of us were watching Billy Graham and trying to make a decision between two paths in life.  Coincidence?  Absolutely not. 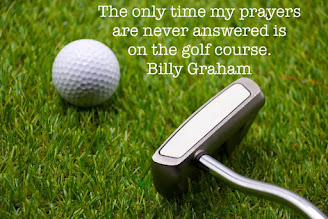 I was thinking about going into ministry even back then. But I took a different path, and I think looking back it was the correct path to take at the time. I don't regret it. I wasn't ready for that at all, and my expectations of what a life in ministry would be like were completely unrealistic. But here it is, thirty years later, and things have changed, and that second bite at the apple was right there again--along with my strong desire to explore it.  I had been struggling with the decision for weeks. I had picked up my phone to talk to my pastor about it too many times to count. But I made that decision right then and there watching Billy Graham with 20-year-old me.
What is bizarre is how twenty-year-old Todd watched Billy Graham preach and decided he wasn't ready for ministry, and fifty-year-old Todd watched Billy Graham preach the same sermon and decided he was. And when the decision was finally made, all the pieces fell together--the support of the church and its leadership, the support of the ministerial program, discovering there was a seminary literally a couple blocks from where I work, the funding, and the time I'd need.  All the hurdles I'd been worrying about and using to try to talk myself out of it vanished into thin air.  Where this goes, I do not know, but I am walking the path and I'll find out where it leads.  There's no sense in worrying about it.
Too often, we overlook God's influence in our lives because we aren't looking for it. We don't see it, and if we do we all too often shrug it off as a coincidence. Sometimes we pray about things, and we don't see the answer when it comes. We have to train ourselves to look for the answers. Sometimes those answers are so obvious we can't help but see them. But sometimes they're a little more subtle.  Sometimes something remarkable happens that we're tempted to call an amazing coincidence.  Sometimes the answer to a single prayer, a single concern, comes twice--thirty years apart.
~TEC
Bible Verse Billy Graham Creason Family Mark