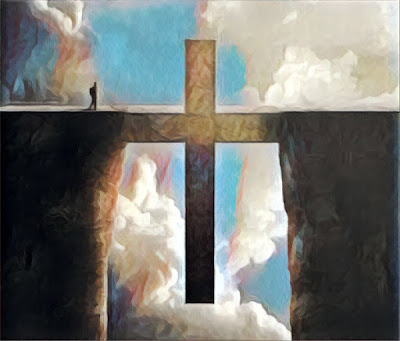 "For God has not given us a spirit of fear,
but of power and of love and of a sound mind."

I no longer believe in coincidences--I haven't for many years. When I look back, I see God's work in my life.  Everything good that's happened is a gift, and every bad thing that's happened was a lesson.  I see a life marked by many answered prayers as well as many unanswered prayers. Probably some of the best lyrics ever written were sung by Garth Brooks when he so eloquently explained that "some of God's greatest gifts are unanswered prayers."  My Grandma Creason put it somewhat differently when she used to say, "be careful what you wish for, because you just might get it."  Sometimes we go through unpleasant seasons in life because we need to. It's part of God's plan for us.


"Consider it pure joy, my brothers and sisters, whenever you face trials of many kinds, because you know that the testing of your faith produces perseverance.  Let perseverance finish its work so that you may be mature and complete, not lacking anything."

We spend very little time still these days.  And we have few quiet, uninterrupted moments to really think deep thoughts about important topics.  We have a tendency to fill every moment of our lives with activities.  I've noted that in the past.  The first thing people do after a meeting is look at our phones.  The first we do when we take a seat on a plane is plug in our headphones, or pull out our Kindle and start reading. We never take the time to stop and just be still.

This downtime has been difficult for many of us that are used to busy lives. I know that first week or ten days I paced the house and my yard like a hungry tiger unsure of how I was going to fill the hours I was now looking at filling.  Some people felt anger and frustration. Some have fallen into dark depressions. The wider world we're used to living in had become the four walls that surround us and the roof over our heads.

But there was a bright side for many of us as we grew accustomed to our new reality (hopefully short-term reality).  We've rediscovered books. We've rediscovered old movies.  We've rekindled old hobbies like painting and playing a musical instrument.  We've begun to remember conversation again.  We're calling friends to hear their voice instead of texting.  We're using the marvelous technology of our age to fill that very basic human need of being together that we've taken for granted for so long. I have to believe some of this will linger long after the crisis passes--I pray it does.

"Do not merely listen to the word, and so deceive yourselves.  Do what it says."


But most importantly, many have found their Bibles again, and the great comfort it can provide us during times of trouble. I've never seen so many Bible quotes on social media as I have in the last month. A friend of mine said he's spent more time in the last few weeks in the word and in prayer than he has in decades. He noted that because he'd had so much time on his hands to think and reflect, he had suddenly realized just how far off course his life had drifted.  He realized just how far from his core beliefs he'd veered.  He was surprised by it. He said during his quiet time, his time in the word, and his time in prayer, he suddenly realized what a huge hypocrite he'd become.  He had been deceiving himself, just as James had said. His actions didn't match what he professed to believe. There are big parts of his life that he's in the process of changing.

Yesterday is in the past. Tomorrow isn't promised.  Now may be our best chance to begin again.